Research:   The Spectroscopy Group conducts research into Atomic, Molecular and Laser Produced Plasma Physics, supporting experimental observations with atomic structure calculations and plasma modeling and simulation. One aspect of these studies is the investigation of double photoionization of atoms and molecules using synchrotron radiation. The high flux, high energy resolution and tunability of synchrotron sources are essential for these experiments. Photoelectron coincidence experiments are challenging, as the count rates are low and two angle and energy resolved electrons must be measured in coincidence. Bu these Triple Differential Cross-Section (TDCS) measurements provide the most stringent test of our understanding of the double photoionization process, in which a single photon liberates two electrons simultaneously.

The UCD group has developed an oven for use on the GASPHASE beamline at the Elettra synchrotron. This oven allows atoms/molecules that are not in the gas phase at room temperature to be studied using coincidence techniques generally applied to gas-phase molecules. We have done collaborative work with researchers from the CNR-ISM in Rome, aimed at extending studies of the double photoionization process, from the archetypal, two-electron helium atom to magnesium and strontium and other alkaline metals with two electrons in their outer shells. The collaboration has used the oven and the multi-coincidence end station available at the GASPHASE beamline to make electron-electron coincidence measurements on magnesium and more recently C60. The electronic structure of this molecule makes it of interest for the development of new materials, relevant to a wide range of applications, including energy storage materials, polymer composites and electronic devices.

The UCD group has its own photoelectron coincidence spectrometer that it is working on coupling to a novel lab-based (soft x-ray/VUV) high brightness source, developed at UCD, to systematically measure photoelectron spectra for fullerenes. The light source was developed by NewLambda Technologies (a spin out company from the UCD group) and in the future it is hoped that synchrotron based work will complement lab-based studies on C60 based systems, of scientific interest from a both an applied and fundamental perspective.

(Historical information, but not all Irish facility users visit facilities every year)

Impact: Continued access to synchroron facilities in general and Eletrra in particular will enable the Atomic, Molecular and Plasma Physics Group at UCD to continue to perform work of international significance in a field that is of continuing fundamental scientific interest and which has exciting application potential. It will also complement the use of technology developed within the group and expand the networks of members of NewLambda technologies, the Group’s spin-out company.

Quote: “Access to synchrotron light sources has been proven to well equip members of my team for careers in academia or industry.” PI 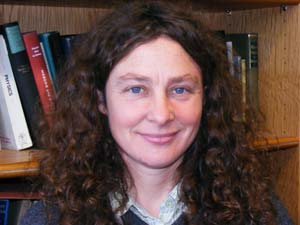 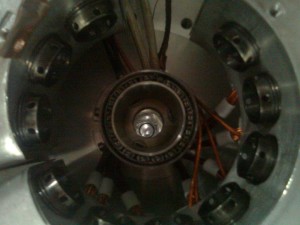 The TDCS of Mg at 0° (top) and 60° (bottom) with respect to the polarization axis of the radiation (labeled ε in the figure) are compared to the theoretical predictions of the CCC calculations, which are also used to plot 3D distribution of the TDCS. The red arrow indicates the direction of emission of the fixed electron and hthe photon beam direction. 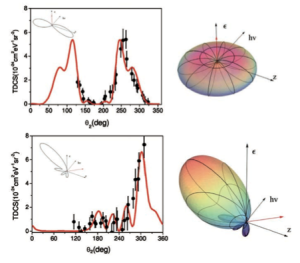