The Irish Synchrotron, Free Electron Laser, Neutron and Muon Facility Users Organisation (or ISUO for short) is a representative User Organisation for Irish researchers who use Synchrotron Radiation (SR) light source facilities, Free Electron Laser (FEL) light source facilities and researchers who are users of Neutron and Muon beam (NB/MB) facilities. The ISUO represents more than 20 currently active Irish research groups who use such facilities. The facilities used by Irish researchers are largely those to be found in Europe but also some of those found elsewhere across the world such as North America. The current co-Chairs of the ISUO are Cormac McGuinness (School of Physics, TCD) and Amir Khan (School of Biochemistry and Immunology, TCD) who are experienced synchrotron radiation users in the physical sciences and life sciences respectively.

The formation of the ISUO has followed the formation in 2010 of the European Synchrotron Users Organisation (ESUO). Since 2011 Cormac McGuinness and then Amir Khan have acted as the Irish national delegates to the 2nd through the 7th ESUO meetings. The 8th ESUO meeting occurs in Berlin in April 2015.

It was agreed as an Irish community that it was in our interest to form a genuine user organisation to represent our interests and collectively publicise our research activities within Ireland, as well as to lobby both the Irish government and its interaction with the European Commission on behalf of ourselves, and the wider user community of our fellow scientists across the other EU member nations.

Goals
The goals of the ISUO are:

These latter goals are strongly aligned with the ESUO manifesto entitled: “TOWARDS EVEN BRIGHTER EUROPEAN PHOTON SCIENCE – A manifesto for a truly European photon science community“. The ESUO, and now the ISUO, continue to lobby the European Commission and the National delegates of the member nations to the European Commission to adequately address this issue and support TNA into the future.

Continued access to SR, FEL, NB and MB facilities for Irish researchers is our priority. A very significant part of maintaining a vibrant user community of these facilities throughout the EU and Ireland has been EU TNA. The impact, benefit and importance of TNA to EU and Irish research groups is illustrated in our discussion of access and our collection of quotes from Irish users. 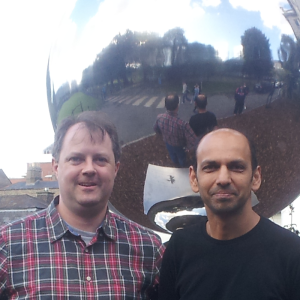 Please let us know if you have any questions?

A snapshot of Irish researchers worldwide activity at both EU and US light source facilities and EU NB and MB facilities.